Download the Visitors Guide for comprehensive information about our city. Healing and renewal. That’s why confederate soldiers came to Forsyth, GA during the Civil War: to seek care and respite at the first hospital of its kind during the battles in and around Atlanta. And that’s also what makes this charming and hospitable town one of the best places to visit in Georgia for people who seek to relax and renew.

Sheltered from the hustle, bustle, and traffic of nearby Atlanta and Macon, Forsyth is a pre-Civil War town that has maintained its stunning 19th-century antebellum architecture. Take a stroll along the tree-lined streets of the historic downtown square, listed in the National Register of Historic Places. Savor fried green tomatoes from the famous Whistle Stop Café in Juliette (Yes, that Whistle Stop Café) or enjoy a meal at the award-winning Grits Café.

From unique antique shops and one-of-a-kind boutiques to adventurous outdoor activities, Forsyth has something for everyone. Slow down and take your time enjoying everything the city has to offer. For help planning your trip and finding our city’s hidden gems, stop by the Welcome Center and talk to our friendly and knowledgeable staff.

Come discover for yourself why Forsyth is one of the best places to visit in Georgia. Take a deep breath, let yourself relax, and stay for a while. You’re in a place that gives meaning to the words “southern hospitality.” We bet you’ll love it here as much as we do. Visit the City of Forsyth website at https://www.cityofforsyth.net

Forsyth was founded in 1823 and named after John Forsyth, a prominent political leader. The first passenger railroad in Georgia connected Forsyth to Macon, 25 miles south. Later, the Central of Georgia Railway tracked through Forsyth. Today, the city’s historic museum is located in one of the old train depots.

During the battles in and around Atlanta, Confederate soldiers were sent to a hospital camp in Forsyth for medical care. As a result, 300 soldiers are buried in the historic Confederate cemetery in Forsyth.

In 1900, William Hubbard started the first school for African American children in Forsyth. Seven students met at Kynette Methodist Church. Forsyth Normal and Industrial School expanded over the next 15 years and was one of only a handful of senior high schools in Georgia for African Americans. After much success and several name changes, the school closed in 1938. However, Hubbard’s and the school’s legacy remains. 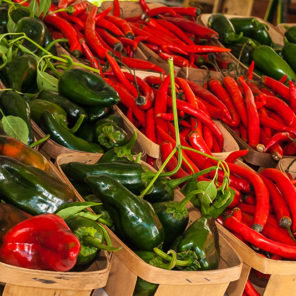 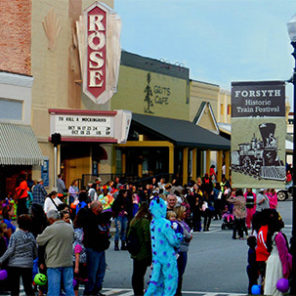 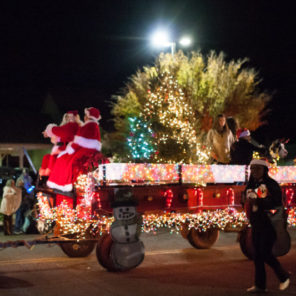